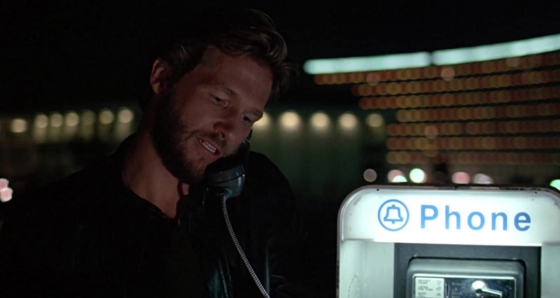 1984’s Against All Odds is one of those movies where the title song has vastly outlived its movie source as Phil Collins’ theme song, also “Against All Odds” is still one of his best-known songs while the movie is an extremely deep cut in Jeff Bridges’ career.  A remake of the 1947 noir movie Out of the Past, which starred Robert Mitchum, Jane Greer, and Kirk Douglas, Jeff Bridges stars in Against All Odds as ex-football player Terry Brogan.  Desperate for cash, he takes a job from a shady gambler and nightclub owner named Jake Wise, played by James Woods, to find Jake’s girlfriend Jessie (Rachel Ward), who Jake claims assaulted him, stole money, and ran away.  After talking to some contacts that may know where Jessie is, Terry finds her in Mexico but falls in love with her instead of completing the job to bring her back to Jake.  From there, things get exponentially more complicated.  Phil Collins’ theme song was the first #1 hit for his solo career and topped the Billboard charts.  Collins won a Grammy for Best Pop Performance, Male at the 1985 Grammy Awards, and was nominated for a Golden Globe and Oscar as well for Best Original Song, but lost to Stevie Wonder’s “I Just Called to Say I Love You” from The Woman in Red.  Against All Odds’ director Taylor Hackford also directed the music video for Collins, which mostly features clips from the film with Collins singing in front of a multi-colored waterfall.  Check it out below.