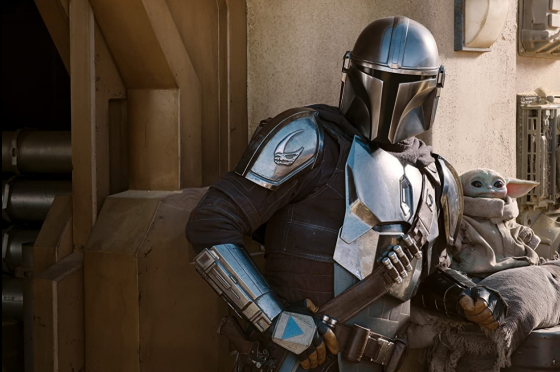 Everyone’s favorite Star Wars duo is finally back for Season 2 of The Mandalorian on Disney+.  After becoming the protector of The Child, The Mandalorian (Pedro Pascal) was tasked by his clan’s Armorer to find The Child’s species and reunite him with them.  The pair are now scouring the galaxy to find out more about The Child and his powers but there are new and old threats everywhere they go, the biggest potentially being Moff Gideon (Giancarlo Esposito), a remnant Imperial officer who wields the Darksaber.  Although we don’t get to see it in the trailer, this new season is poised to have major Clone Wars/Rebels connections with Rosario Dawson showing up as Ashoka Tano, Katee Sackhoff appearing in live-action as her character Bo-Katan and there’s also prequel/OT connections as Temuera Morrison is returning to Star Wars as an older Boba Fett.  It looks like all the fantastic action and humor we all came to know and love when Disney+ launched last year and you can rejoin the duo on October 30th when the new episodes begin streaming.  Check out the trailer below.

Up to Speed: The Mandalorian Season 2