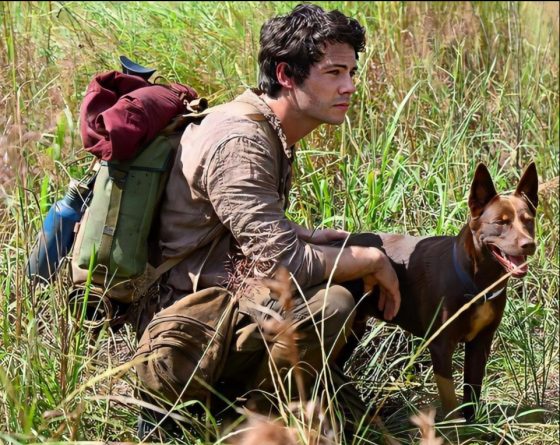 Originally supposed to hit theaters this year, Love and Monsters is now the latest Premium VOD release arriving next month from Paramount.  Dylan O’Brien stars as Joel, loses his family and gets separated from his girlfriend Aimee (Jessica Henwick) when the Earth is suddenly ravaged by gigantic monsters.  Seven years later, Joel is able to find Aimee over the radio and decides to make the dangerous journey 80 miles away to reunite with her.  Along the way, Joel has to avoid deadly monsters but he finds some new allies in a dog, Michael Rooker and Aimee Greenblatt.  It looks pretty fun, like Zombieland but with Kaiju instead of zombies.  It’s directed by Michael Matthews, who previously directed a smaller indie western called Five Fingers for Marseilles.  You watch Love and Monsters at home starting on October 16th and you can check out the trailer below.