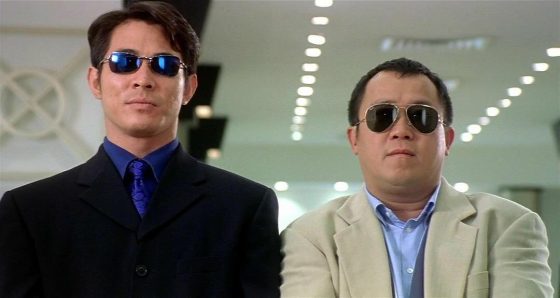 Directed by Stephen Wai, Contract Killer, also known as Hitman, came out in 1998 in Hong Kong, the same year star Jet Li made his American debut in Lethal Weapon 4.  Li plays an ex-soldier named Fu who, desperate for money, attempts to become one of the many assassins vying for a reward put up after the death of crime boss Tsukamoto.  Tsukamoto was killed by the legendary vigilante the “King of Killers” and whoever finds his or her identity and kills them gets a massive revenge fund that was put into place.  Li catches the attention of shady con-artist Lo, who becomes Fu’s “agent” and helps make look more the part of an international assassin while trying to figure out how he can get the most money possible off Fu.  There’s quite a bit of wacky comedy but there are also some fantastic action sequences, including an amazing fight in an elevator shaft and a three-way final battle.  The version you can watch below is the 2002 edit which adds a hip-hop soundtrack over most of the movie, probably to make it a more marketable re-release for people who saw Li in movies like Romeo Must Die or Cradle 2 the Grave.

Everything Action Theater: The Mechanic

Action Hero of the Week: Fu