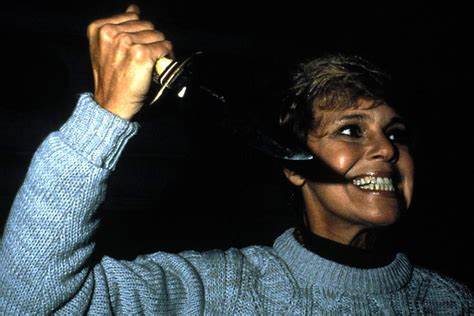 Origins: Pamela was the cook at Camp Crystal Lake summer camp.  She brought her young son Jason with her but Jason snuck out of his cabin one night to prove he could swim after he was teased about this by the other children at the camp.  No counselors were around and Jason drowned, pushing Pamela over the edge. She blamed the counselors for Jason’s death and killed two counselors the year after Jason’s death and eventually poisoned the camp’s water supply and set several fires.  The camp remained closed, with Pamela living in a house nearby to ensure it stayed closed, until 1979 when new owners bought the camp and attempted to rebuild and reopen it.