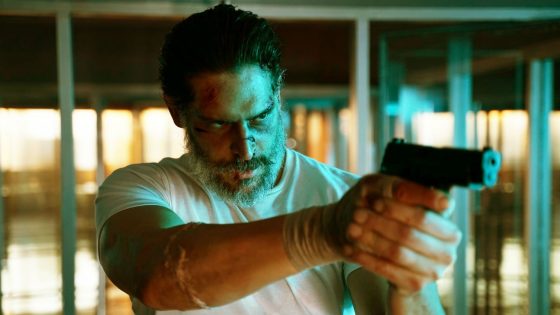 We may never actually get to see Joe Manganiello’s take on Slade Wilson but we will get to see him in a different kind of superhero/comic book movie with Archenemy.  Manganiello is the awesomely named Max Fist, who claims to be a superhero from another dimension but is currently seen by everyone as just a crazy, homeless drunk due to his lack of powers and excessive drinking.  He befriends a teenager named Hamster (Skylan Brooks), who is the only one who believes in his story.  When Hamster and his family end up on the wrong side of a gangster named The Manager (Glenn Howerton), Max gets a shot at being a hero despite his lack of powers.  Paul Scheer, Amy Seimetz, Zolee Griggs, Mac Brandt, and Joseph D. Reitman co-star and the movie was written and directed by Adam Egypt Mortimer, who previously directed Daniel Isn’t Real and Some Kind of Hate.  The movie is in select theaters and On Demand on December 11th and you can check out the trailer below.

Hulu Brings Back The Hardy Boys in December (Trailer)