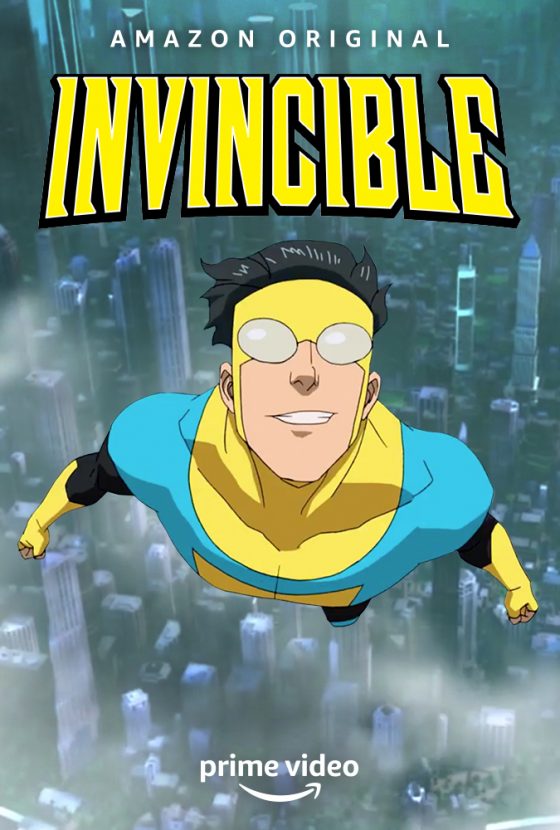 Seth Rogen and Evan Goldberg continue their spree of comic book to TV adaptations by teaming up with The Walking Dead’s Robert Kirkman for an animated adaptation of his other big comic, Invincible.  Coming to Prime Video next year, Invincible follows the adventures of 17 year old Mark Grayson (Steven Yuen) who discovers that is father is the superhero Omni-Man (JK Simmons) and that he has inherited his father’s abilities, including flight, super strength, invulnerability and more.  As Mark starts his own supehero career as Invincible, he gradually learns the shocking truth about the nature of his family’s powers and his father’s true goal.  It looks like a fantastic translation of the comic and it’s not shying away from the bloody action that helped separate it from other superhero comics from the big boys at DC and Marvel.  Rogen, Walton Goggins, Sandra Oh, Zazie Beetz, Mark Hamill, Jason Mantzoukas, Mae Whitman, Gillian Jacobs, Khary Payton, Zachary Quinto and more lend their voices and you can check out the first trailer below.