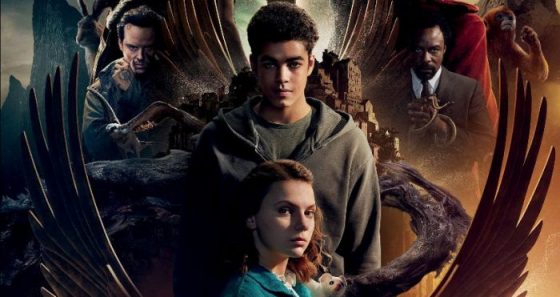 HBO/HBO Max dropped some new trailers today for a couple of upcoming series.  First up is the new trailer for Sesaon 2 of His Dark Materials.  Following the events of the first season, Lyra (Dafne Keene) discovers the multiverse and meets Will Parry, who comes from our Earth, and the pair try to unravel more of the secrets about the mysterious substance known as Dust and stop the Magisterium from unleashing their evil plots.  Andrew Scott, Simone Kirby, Terence Stamp and Phoebe Waller-Bridge join the cast for the second season and it arrives on November 16th on HBO Max (and regular HBO).

HBO also released the trailer for a new series coming next year out of Spain, 30 Coins, which comes from acclaimed horror director Álex de la Iglesia.  The series follows an exiled priest who teams up with the mayor of a small, remote town in Spain and a local vet to uncover the truth behind strange events that begin happening that are seemingly tied to a cursed coin.