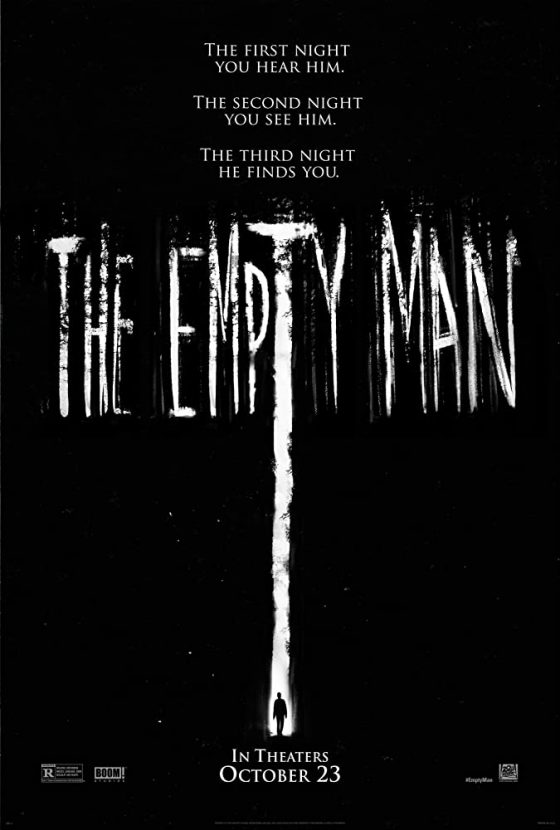 Internet sensation The Slender Man and The Bye Bye Man both failed horribly as horror movie icons but maybe since it’s based on a comic book, The Empty Man will have better luck next week when it hits theaters(?).  Based on a comic from Boom! Studios, The Empty Man stars James Badge Dale as a retired cop who is investigating the mysterious disappearances of a group of teens in a small midwestern town.  The town all believes in an urban legend called The Empty Man, who is apparently summoned when you blow into an empty bottle on a bridge and, three nights later, he finds you and takes/kills you.  It seems like kind of a half-assed way to summon an evil entity but hopefully it will have some decent scares. Marin Ireland, Stephen Root, Ron Canada, Robert Aramayo, Joel Courtney, and Sasha Frolova co-star, and the movie is written and directed by David Prior, who has directed a number of behind the scenes featurettes on movies like Bad Boys II, Blade II and Mr. and Mrs Smith.  The movie is opening in whatever theaters are still open on October 23rd and you can check out the trailer below.

Amazon Prime Says Welcome to the Blumhouse in October