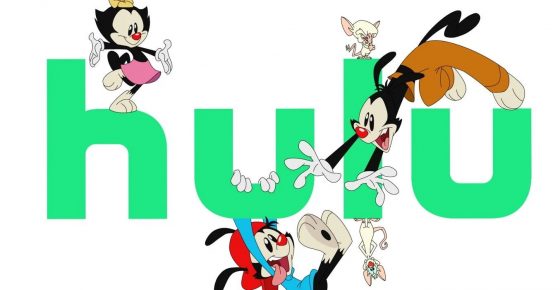 This year has been an absolute dumpster fire but there’s seemingly at least one bright spot on the way in November when Animaniacs returns on Hulu.  13 new episodes of the beloved 90s classic are coming to the streaming service with Rob Paulsen, Jess Harnell, Tress Macneille and Maurice LaMarche all returning as Yakko, Wakko, Dot and The Brain respectively (Paulsen also voices Pinky and Dr. Scratchansniff) and Steven Spielberg is back as executive producer.  It seems like the revivial will just feature Yakko, Wakko and Dot along with Pinky and the Brain and not any of the other characters like The Goodfeathers, Slappy the Squirrel, Rita and Runt and Chicken Boo but hopefully maybe they’ll have cameos at some point.  With the original voice cast, it feels like the show has never left and this first trailer feels as fresh, fast and funny as the show was back in the 90s.  13 brand new episodes of Animaniacs start on November 20th and you can check out the trailer below.