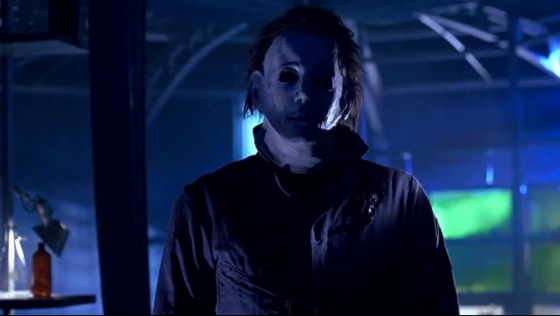 Firmly tying Halloween: The Curse of Michael Myers to the mid-90s, besides a young Paul Rudd co-starring, was the prevalence of 90s rock band Brother Cane, who had four songs on the soundtrack, including their #1 hit single, “And Fools Shine On”.  All of the Brother Cane songs in Curse of Michael Myers came from their album Seeds, which released in July of 1995.  “And Fools Shine On” was the lead single on that album and the band’s biggest hit, reaching #1 on the Billboard Rock Charts and ending up at #5 on the year-end Rock chart.  The song is featured twice in the movie, once in a scene when the characters Kara, Tim, and Beth are arriving at school and again for the closing credits.  The songs “Hung on a Rope”, “20/20 Faith”, and “Horses & Needles” all appeared in the movie as well.  Unfortunately, because it arrived months before the film, the music video for “And Fools Shine On” doesn’t tie into Halloween in any way but it does have that weird sort of 90s alt rock feel similar to a Nine Inch Nails that is kind of creepy by itself.  Check it out below.