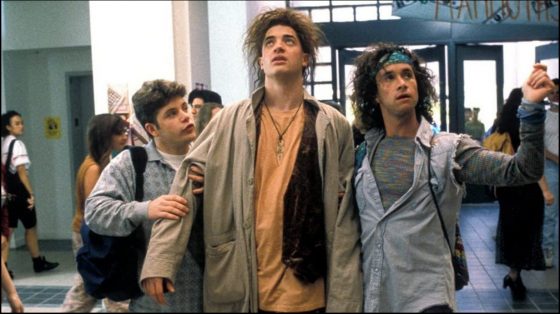 “Stone Cold Crazy” originally came out in 1974 off of Queen’s third album, Sheer Heart Attack, and was a staple of Queen live shows.  It’s also considered a forerunner to speed metal and thrash metal for its absurdly fast tempo and heavy distortion.  In 1991, three different remixes were created of the song.  Trent Reznor created a promo version that combined the song with the industrial sound of Nine Inch Nails while the other two were created by producer and engineer Michael Wagener, one for a remaster of Sheer Heart Attack and the other for inclusion on the soundtrack for the 1992 Pauly Shore/Brendan Fraser/Sean Astin classic, Encino Man.  To go along with the Encino Man version, a music video was created that took footage from various Queen music videos and footage from the movie, which you can check out below.

Musical Montage: Live “Forever May Not Be Long Enough”

Musical Montage: Salt-N-Pepa “Start Me Up”

Musical Montage: Meatloaf “I’d Do Anything for Love”