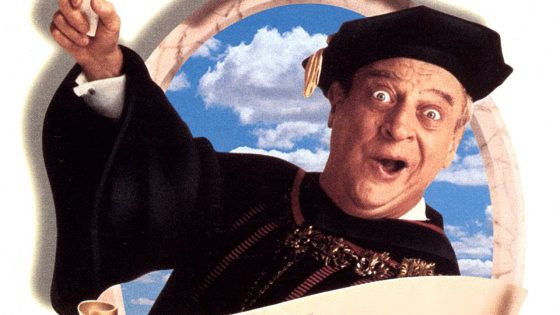 1986’s Back to School has one of the catchiest and still beloved soundtrack songs of all time, Oingo Boingo’s “Dead Man’s Party”, which means the actual title track “Back to School” by Jude Cole fell by the wayside.  Cole was a member of the UK band The Records, having joined them in 1980, but he stayed behind in the US to pursue his solo career.  His first solo album, Jude Cole, arrived the year after Back to School hit theaters and 1990 saw his second, and most successful, album A View from 3rd Street, which featured his single “Baby, It’s Tonight”, which hit #16 on the Billboard Hot 100.  “Back to School” played during the movie’s end credits and Cole made a music video for the song that features him in the studio with clips from the movie playing on a nearby TV.  Check it out below.