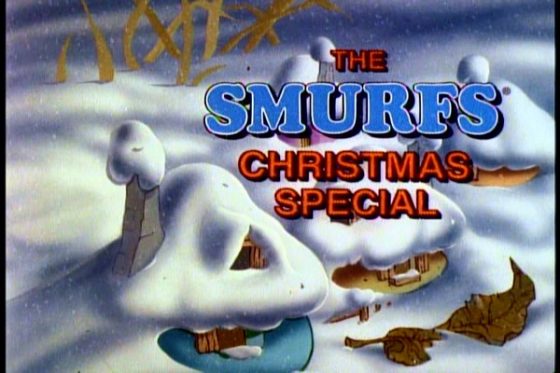 Charlie Brown and Garfield get most of the Christmas special love but most major properties throughout the 70s and into the 80s got at least some sort of holiday tie-in from Star Wars to He-Man and almost everything in-between.  The Smurfs were no exception, getting a Christmas Special in December of 1982 after the second season wrapped up. While The Smurfs get their village ready for Christmas, two children who were travelling via sleigh in the nearby woods with their grandfather go missing when a mysterious villain causes their sled to overturn.  The children seek help from Gargamel, who turns them away but the mysterious villain arrives soon afterwards and brings Gargamel back into the hunt with the promise of gold and the secret to catching Smurfs in exchange for bringing the children to him.  Things build to a weirdly intense final showdown with a ring of fire and The Smurfs and Gargamel having to join forces to defeat this new foe.  You can watch the entire special below thanks to the official Smurfs YouTube channel.