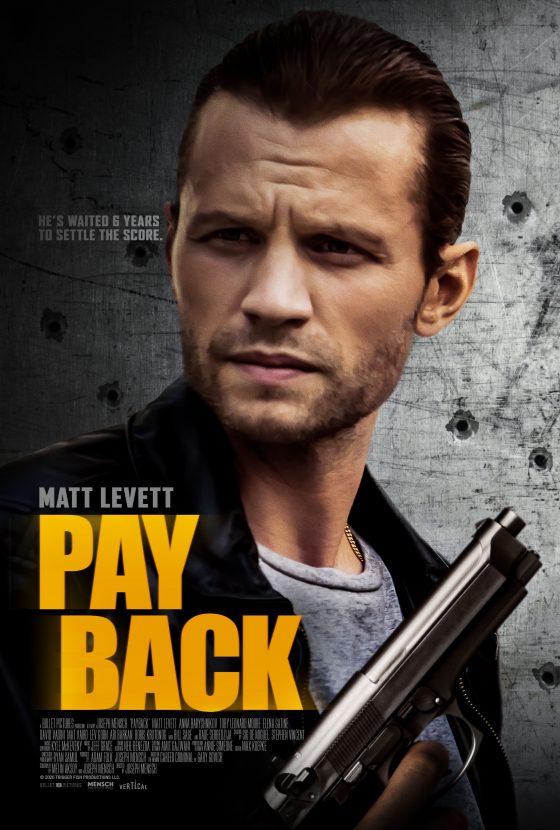 The revenge genre is a tried and true staple in the world of action and Payback (not to be confused with the Mel Gibson classic) enters the genre in February.  Payback stars Mark Levett as Wall Street stockbroker Mike Markovich, whose firm is controlled by the mob.  Heading to California on a favor for the boss, he ends up taking the fall for a crime and gets six years in prison.  Once he gets out, he’s looking for revenge against the people that betrayed him.  Lev Gorn, Anna Baryshnikov, Toby Leonard Moore, and Rade Serbedzija co-star and Joseph Mensch, who produced Asher and Bushwick, is making his feature film debut.  The movie is on VOD and Digital on February 5th and you can check out the trailer below.

Neil Marshall Returns to Horror for The Reckoning (Trailer)