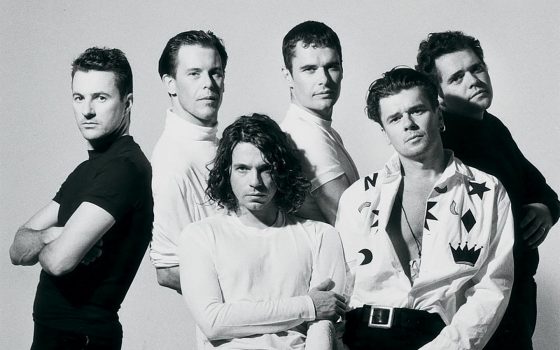 Although not tied to a particular movie’s soundtrack (it was featured in Rock Star), the INXS song “Devil Inside” did have ties to Hollywood as the late Joel Schumacher directed the video for the band in 1988.  “Devil Inside” came off their Kick album and was released as a single in February 1988.  The song hit #2 on the Billboard Hot 100, not quite able to top the power of Billy Ocean or Whitney Houston, whose songs kept “Devil Inside” from hitting #1.  For the music video, INXS is playing a gig at a slightly seedy nightclub where there is a particular woman who is drawing all the attention.  It definitely seems to have some of Schumacher’s vibes from The Lost Boys, which had come out the previous year.  “Devil Inside” was Schumacher’s first music video credit and he would direct a few more in the 90s for groups like Smashing Pumpkins, Bush, and Seal.  Check out the video for “Devil Inside” below.