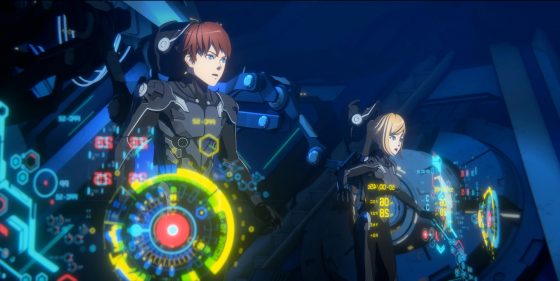 Considering that anime was one of the major inspirations of Guillermo Del Toro to make the original Pacific Rim, it’s only natural for the series to go full circle and become anime, which is what we’re getting March with Pacific Rim: The Black.  Announced three years ago in the Fall of 2018, Pacific Rim: The Black will arrive on Netflix on March 4th and is set in the early days of the Kaiju/Jaeger war as a pair of siblings from Australia find an abandoned Jaeger and commandeer to survive the Kaiju rampaging across the continent and try and find their parents, who have gone missing.  There’s not a whole lot to this teaser trailer but it does give you a look at the style of the show, which is very, very anime and not the “American anime” that Netflix is becoming known for with shows like Castlevania and Blood of Zeus.  Check out the teaser below.

The Apocalyse Was Only Delayed in Pacific Rim: Uprising (Trailer)