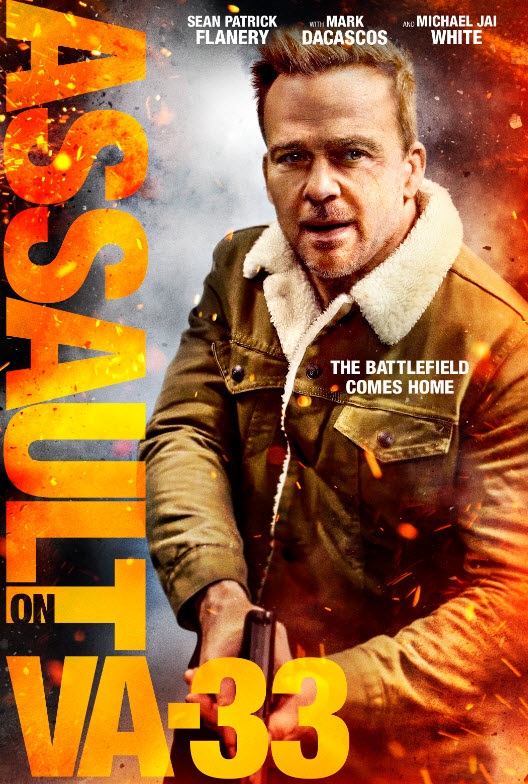 The Die Hard formula has become a tried and true action staple since 1988 and Sean Patrick Flanery is going to try and get his John McClane on in April in Assault on VA-33.  Flanery plays decorated Army veteran Jason Hill, who is making his regular trip to a local VA hospital when the facility is taken over by armed terrorists who take hostages, including an important general and Hill’s wife.  Staying hidden during the initial assault, Hill uses his military training to try and take down the terrorists and rescue the hostages.  Outside the VA, Flanery gets some heavy-hitting support in the form of Michael Jai White, who seems to be Hill’s Al Powell but hopefully getting into slightly more of the action as well.  Mark Dacascos also co-stars as, as far as I can tell from the trailer, an enemy sniper and Rob Van Dam, Weston Cage Coppola, and Gina Holden round out the cast.  Christopher Ray directs, who previously directed the above-average Asylum movie Mercenaries along with a bunch of their wacky shark movies.  It does look kind of cheap visually but you tell us Michael Jai White and Mark Dacascos are in a movie together, we’re there pretty much no matter what.  The movie is out on April 2nd in select theaters and April 6th On Demand and Digital.  Check out the trailer below.