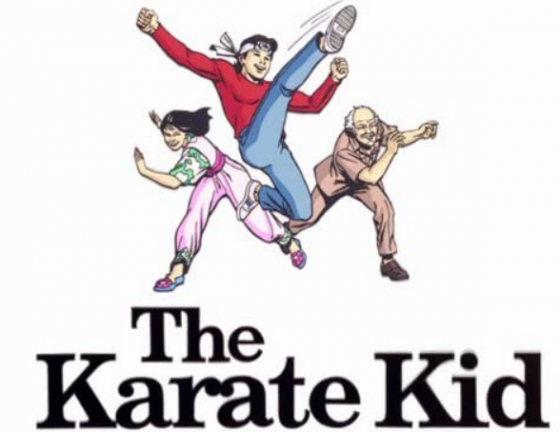 Everyone is rightfully loving Cobra Kai these days but that wasn’t The Karate Kid franchise’s first foray into television.  Back in 1989, there was a much weirder Saturday morning cartoon version of Daniel-san and Mr. Miyagi that sent them on a globe-trotting adventure to recover a magical artifact that was stolen from Okinawa.  The show debuted after The Karate Kid Part III had hit theaters earlier in the summer of 1989 but with its ties to Okinawa, it seemed more like a continuation of Part II.  Strangely enough, Part II’s Kumiko was not included, and instead, a random Okinawan girl, Taki Tamurai, joins Daniel and Mr. Miyagi on their global quest.  Much like the Back to the Future cartoon had Christopher Lloyd do intros for each episode, Pat Morita reprised his role to introduce each episode of The Karate Kid.  The show lasted for one season of 13 episodes on NBC but there were plans originally to have a whopping 65 episodes and sell the show into syndication.  Believe it or not, there are easter eggs to this show on Cobra Kai, like the shrine artifact that Daniel and Miyagi are trying to get back showing up in the Miyagi-do dojo.  Check out the first episode of the series below, where Daniel, Miyagi, and Taki head to South America where they help a local villager prepare for a series of trials that will make him a man.