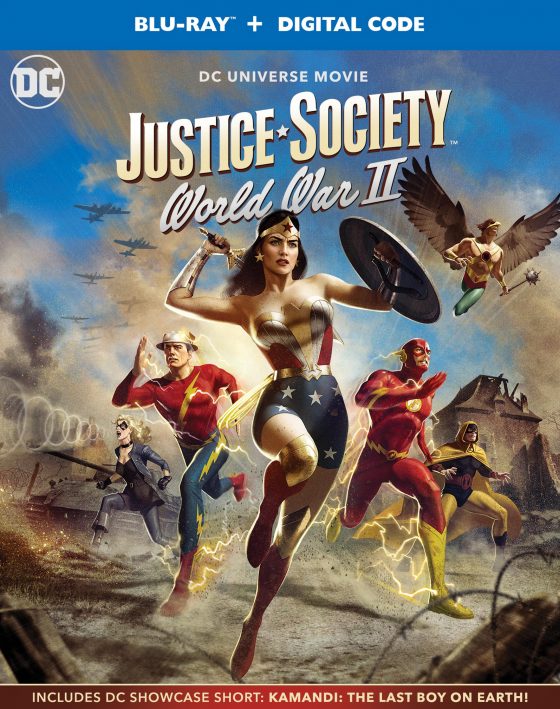 Arriving later this coming spring, The Justice Society gets their turn in the spotlight for the next DC Animated Universe movie, Justice Society: World War II.  The modern-day Flash, voiced by Matt Bomer, discovers the Speed Force and his ability to time travel for the first time and he finds himself on the battlefields of World War II where he joins forces with the Justice Society, led by Wonder Woman (Stana Katic) to help push back the Nazis while they try and help him find a way back home.  Hawkman, Doctor Fate, Hourman, Jay Garrick, Black Canary, and Steve Trevor round out the Justice Society’s roster voiced by Liam McIntyre, Omid Abtahi, Matt Mercer, Chris Diamantopoulos, and more.  Jeff Wamester, who directed the Guardians of the Galaxy animated series on Disney XD, is directing Justice Society: World War II and it will feature a short film with classic DC character Kamandi.  The movie will be available digitally on April 27th and on 4K/Blu-Ray on May 11th.  Check out the trailer below.