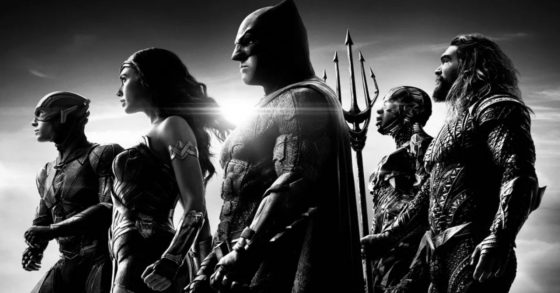 One of the most anticipated releases this year on HBO Max, alongside all the theatrical day and date releases, is Zack Snyder’s Justice League.  For a long time just a meme or internet joke outside a core group of true believers, Warner Bros. shocked everyone in May last year when Zack Snyder’s cut of Justice League would be an HBO Max exclusive and be a four-hour epic full of new footage, new storylines, and new characters.  We now have a new trailer about a month before it releases and there’s tons of new stuff alongside things we had already seen in the original theatrical cut.  It seems like there’s going to be an expansion on lots of things, including more of Cyborg and Flash’s origins, more of the “Knightmare” apocalyptic future that includes Jared Leto’s Joker, a different way of Superman returning, including donning his iconic black suit like the comic version of The Death and Return of Superman and a redesigned Steppenwolf actually reporting to Darkseid, who will actually show up in this version of the movie.  It seems like there’s more with the Amazons and Atlantis as well.  The four-hour movie(?!) will arrive on March 18th on HBO Max and you can check out the new trailer below.