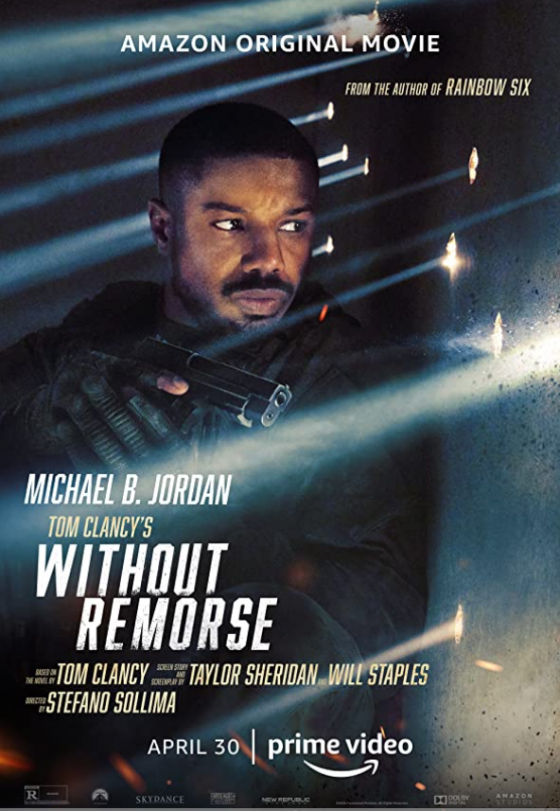 Joining their extremely solid Jack Ryan series on Prime Video in April, Michael B. Jordan is Tom Clancy’s character John Clark in Without Remorse.  Clark is a Navy SEAL who is attacked by Russian soldiers in his home, leaving him badly wounded and his wife and an unborn child dead.  Clark teams with fellow SEAL Karen Greer (Jodie Turner-Smith) and CIA agent Robert Ritter (Jamie Bell) to get his revenge and they uncover a far more wide-ranging conspiracy than they thought.  Guy Pearce co-stars and the movie was written by Taylor Sheridan, who wrote Sicario and Hell or High Water, and it’s directed by Stefano Sollima, who directed Sicario: Day of the Soldado.  Although it’s also on Prime Video, it doesn’t seem like this movie will cross-over with John Krasinski’s Jack Ryan, even though John Clark and Jack Ryan work together multiple times in the Tom Clancy novels.  The movie will be available on April 30th and you can check out the trailer below.