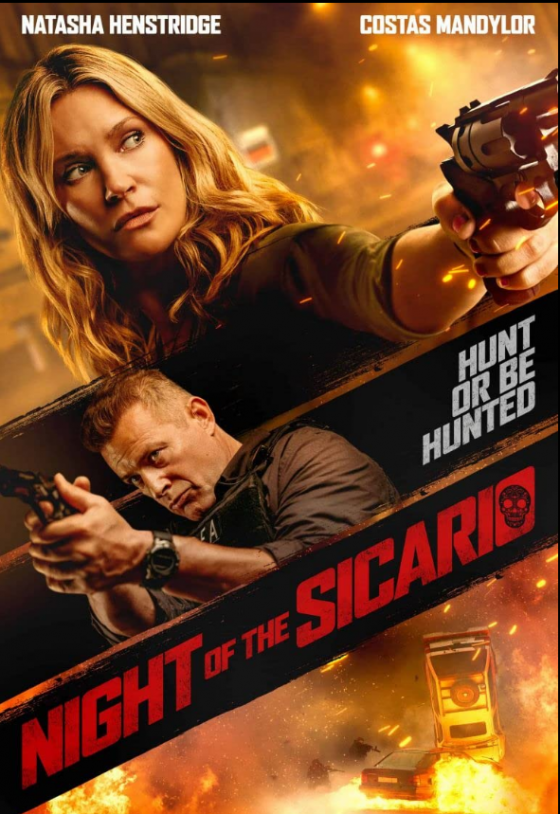 Not to be confused with the other Sicario movies, Saban Films is pitting Costas Mandylor and Natasha Henstridge against a group of cartel assassins in Night of the Sicario.  Mandylor plays a DEA agent who is transporting a key witness and his daughter to a federal trial against the cartel but the convoy is ambushed and the survivors take shelter in a private clinic run by Natasha Henstridge.  With a hurricane and the cartel assassins closing in, the survivors have to fight and survive until help can reach them.  Manny Perez, Amanda Diaz, Narci Regina, Addison Kendall, and Martin Peña co-star, and the movie is the directorial debut of Joth Riggs, who previously worked in the second unit of movies like End of Days and Starship Troopers.  The movie is out in select theaters on April 16th and then VOD on April 20th.  Check out the trailer below.