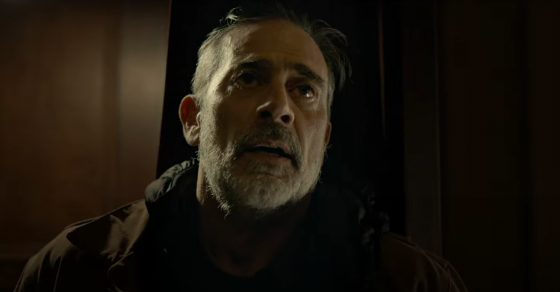 With Sam Raimi on as a producer, The Unholy is unleashing demonic evil this coming Good Friday (April 2nd) in theaters.  Starring Jeffrey Dean Morgan as disgraced journalist Gerry Fenn, he picks up the story of a girl named Alice (Cricket Brown) who was deaf but claims the Virgin Mary visited her and gave her back her hearing and speech and a seemingly miraculous ability to heal the sick.  Fenn heads to Alice’s small New England town where the faithful are flocking for a chance at their own miracle but Fenn starts to realize there may be something darker and more dangerous behind Alice’s new gifts.  Cary Elwes, William Sadler, Katie Aselton, Christine Adams, and Diogo Morgado co-star and the movie was written and directed by Evan Spiliotopoulos, who wrote movies like the Beauty and The Beast remake, Hercules starring Dwayne “The Rock” Johnson, and the upcoming Snake Eyes movie but The Unholy is his directorial debut. It looks like a solid modern demonic horror movie but it also doesn’t look like it’s doing anything to really differentiate itself either.  Check out the trailer below.

A Mission to Mars Goes Wrong in Stowaway (Trailer)

A Group of Vets Return to Battle in VFW (Trailer)