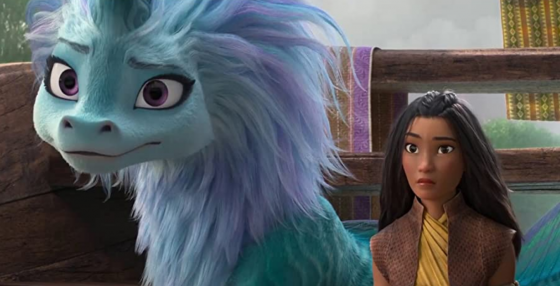 Although there weren’t any new wide releases, there were more signs that the theatrical movie industry is slowly coming back as California began to open back up venues like movie theaters, and New York, specifically New York City, has been reopening as well.

Raya and the Last Dragon remained at the top of the box office with another $5.7 million, dropping about 33% from last weekend, which is a strong hold.  It has made $16 million for two weeks out along with whatever money Disney has made with the “Premier Access” for the movie on Disney+.  The movie has made just over $20 million worldwide for a grand total of $36.9 million.

Tom and Jerry stayed in second with just over $4 million.  It has made $28 million so far for its three weeks out.

Chaos Walking stayed in third place with $2.2 million, bringing it to $6.9 million.  The movie cost over $100 million to make and it probably would have struggled to be profitable in normal conditions, so it could be a massive loss/write-off for Lionsgate in this pandemic time when all is said and done.

Boogie and The Croods: A New Age rounded out the top 5, with the latter now having $54.3 million total for its 16 weeks of release.

Further down the list, Indian film Jathi Ratnalu opened to sixth place with $460,000 in 130 theaters, just edging out The Marksman, which had added a few theaters and moved up to seventh place from eighth last week.  Recent Oscar nominee The Father also opened to eighth place with $433,611 in 865 theaters.

Jathi Ratnalu also took the Per Theater average with $3,538 in each theater for the weekend.