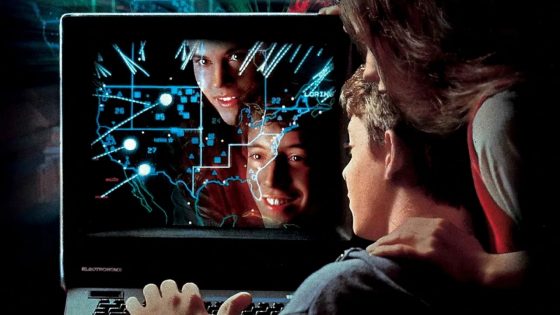 Although you might expect a more electronic 80s group to be involved with 1983’s WarGames soundtrack, until the very last moment, folk-rock supergroup Crosby, Stills & Nash were the band behind the movie’s theme song, “War Games”.  The song was written specifically for the movie and much more prog-rock than a lot of the band’s music that came before and it was used in early promos and got a music video that comprised entirely of scenes from the movie. For reasons unknown, the band’s participation was cut at the last moment and the song wasn’t used in the movie or included on the soundtrack.  The song did end up on the band’s album Allies, which came out the same year, and “War Games” was released as a single that hit #45 on the Billboard charts.  The only musical release officially tied to the movie was the score by composer Arthur B Rubenstein.  You can check out the music video for “War Games” below.