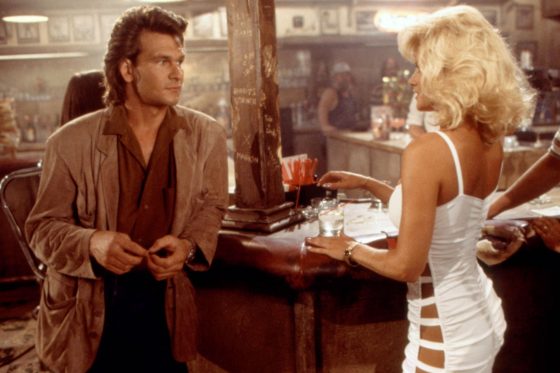 “She’s Like the Wind” from the Dirty Dancing soundtrack is the most remembered musical contribution from Patrick Swayze but he did contribute songs to his other 80s movies, including “Raising Heaven (in Hell Tonight)” from Road House.  Most of the music from Road House came from the Jeff Healey Band but Swayze sang two songs for the soundtrack album, the other being one he co-wrote called “Cliff’s Edge”.  The Road House soundtrack doesn’t seem to have charted or made much of an impact when it was released with the movie in 1989.  Swayze also contributed a song to the soundtrack for his movie Next of Kin, which also came out in 1989, and then he didn’t have another soundtrack song until 2003 when he sang two songs for the soundtrack of One Last Dance.  There isn’t any official music video or anything for “Raising Heaven (in Hell Tonight)” but you can listen to it below.