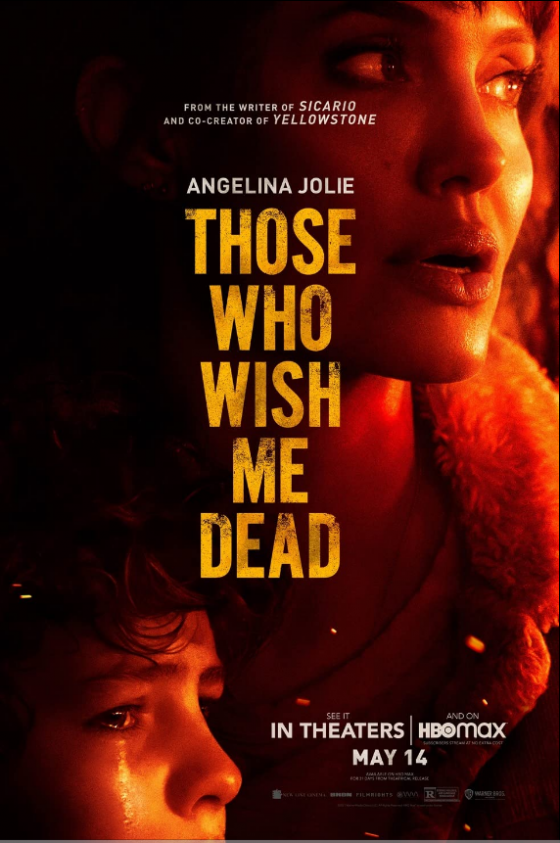 It’s been a while since we’ve seen Angelina Jolie in action mode, with 2010’s Salt being her last big action thriller.  She’s back taking on raging forest fires and assassins in Those Who Wish Me Dead.  Jolie plays Hannah Faber, a former smoke jumper who goes into self-exile after she failed to save three lives during a fire in the past.  Standing guard in an isolated fire tower, she spies a traumatized young boy who has a pair of assassins who are either posing as FBI agents or are actual corrupt federal agents, who attacked the boy and his father on the road.  Aiden Gillen and Nicholas Hoult are the assassins/agents and Jon Bernthal, Tyler Perry, and Tory Kittles co-star.  The movie is directed by Taylor Sheridan, who wrote Sicario and Hell or High Water, co-created Yellowstone, and previously directed Wind River.  The movie is in theaters and on HBO Max on May 14th and you can check out the trailer below.