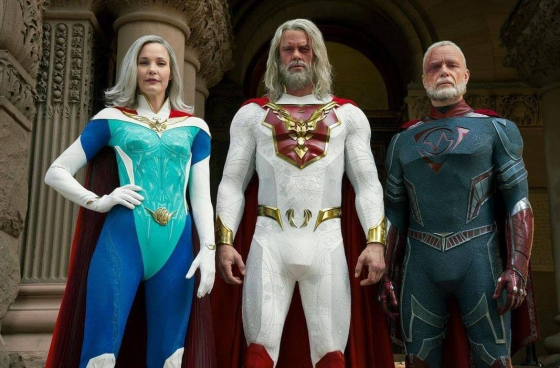 The first series coming from Netflix’s massive deal with comic writer Mark Millar arrives on the streaming service in May with Jupiter’s Legacy.  Josh Duhamel, Leslie Bibb, and Ben Daniels star as the aging members of a superhero team called The Union.  90 years ago they discovered a source of incredible power on an expedition to a mysterious island they’ve spent the next century protecting the world from threats.  Time is finally catching up with them so they must now train the next generation of heroes, who all seem to have some sort of personal and/or public drama in addition to their incredible powers.  Elena Kampouris, Andrew Horton, Matt Lanter, Mike Wade, Tyler Mane, Anna Akana, and Tenika Davis co-star, and the show is being run by Steven S. DeKnight, who previously brought us Spartacus.  It definitely looks like Netflix is throwing some money behind this one with all the costumes and powers on display.  The series arrives on May 7th and you can check out the trailer below.