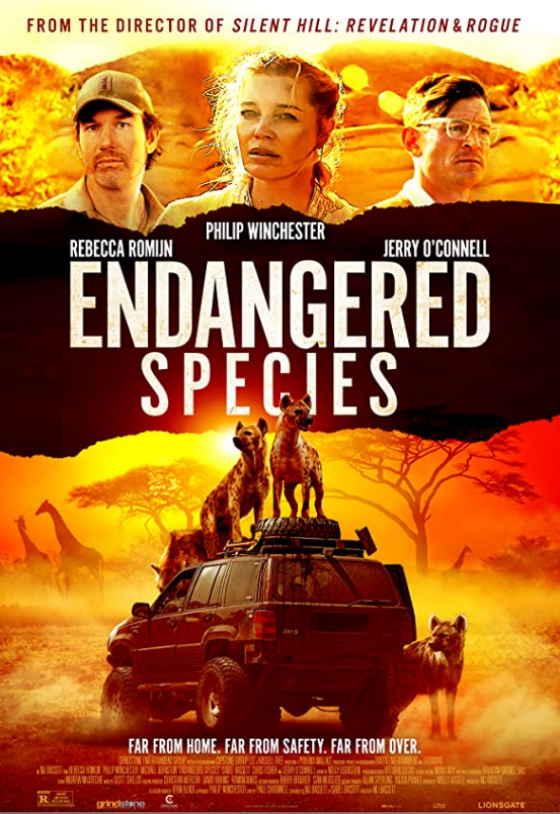 Following up her Megan Fox starring African adventure Rogue, MJ Bassett has another Africa-based action thriller on the way with Endangered Species.  Starring Rebecca Romijn and Philip Winchester, they are a wealthy couple who takes their kids on a vacation to Africa for a safari adventure.  When their jeep is attacked by a rhino protecting its calf, the family is stranded miles from help with dangerous hyenas and a leopard ready to make them dinner.  They are found by Mitch Hanover (Jerry O’Connell), who turns out to be a nefarious poacher who takes the family prisoner to keep them from exposing his crimes.  Isabel Bassett, Michael Johnston, and Chris Fisher co-star.  It looks like Endangered Species might have a similar issue to Rogue where the animals are mostly unconvincing CG but it looks like a fun twist where it seems like Jerry O’Connell and Philip Winchester have the opposite role from each other, as you would think O’Connell would be more suited for the dopey husband and Winchester as the villainous poacher, especially since O’Connell is married to Romijn.  The movie is out in select theaters, Digital and On Demand on May 28th, check out the trailer below.