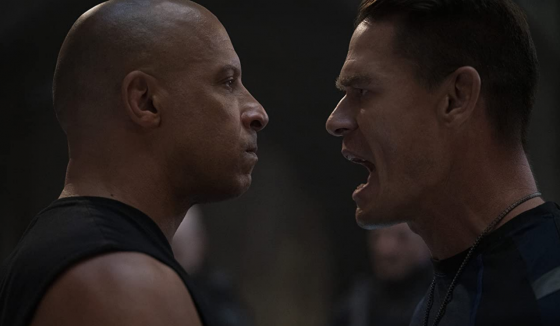 The Fast Saga was one of the first franchises to bail out last year due to the pandemic, delaying until this year.  There was a slight delay this year as well but F9 is finally (as of posting) coming out in June of this year.  Picking up with our favorite Fast family after the events of The Fate of the Furious, Dom (Vin Diesel) and the gang are forced out of their peaceful domestic lives by the return of Cipher (Charlize Theron) who has gotten a new and unexpected ally in her quest for revenge, Jakob Toretto (John Cena), Dom’s younger, evil brother.  Jakob and his private army look to destroy Dom and his family but the family gets their own unexpected return when Han (Sung Kang), previously believed to have been killed by Deckard Shaw, is alive and well and rejoins the team.  Michelle Rodriguez, Jordana Brewster, Tyrese, Ludacris, and Nathalie Emmanuel are back as the core team with Lucas Black also making an appearance from Tokyo Drift and Helen Mirren back as Shaw family matriarch, Magdalene.  Michael Rooker also joins the franchise this time around.  There’s a reunion behind the scenes as well as Justin Lin is back behind the camera after taking movies 7 and 8 off and he’ll take the franchise to the finish line with movies 10 and 11.  Check out the new trailer below and the movie is out on June 25th.