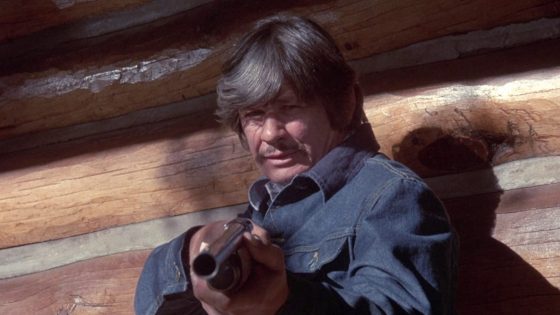 It’s a testament to the eternal badassery of Charles Bronson that he could turn something like watermelon farming into an old-school action classic.  Bronson plays Vincent Majestyk, a Vietnam vet who is trying to run a watermelon farm in rural Colorado.  Winding up on the wrong side of a mafia hitman, Frank Renda, Majestyk has to take the law into his own hands to protect his farm and his workers from Renda, who is looking for revenge after Majestyk blew his scheme to escape police custody and held him captive as a bargaining chip.  The movie was written by the legendary Elmore Leonard, who also wrote the novelization, and Leonard took the name Majestyk from a character in his novel The Big Bounce, which later got its own adaptation as Get Shorty.  The movie was well-received at the time of its release and especially earned praise for its vehicular action, which was put up alongside classics like Bullitt and The French Connection. Since the car chases used a Ford Pickup truck extensively, Ford even used footage from the film in commercials for their 1976 Ford Pickup.  You can watch the entire movie below thanks to YouTube.

Everything Action Theater: The Mechanic