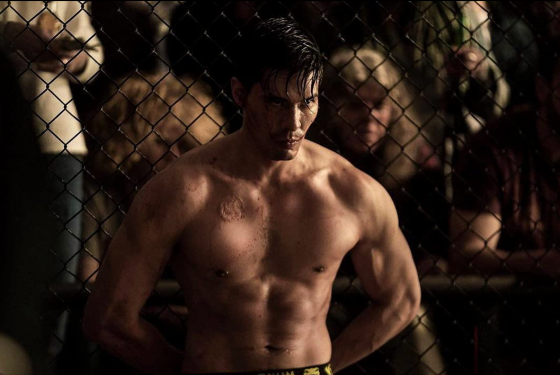 It’s been almost 25 years since the last live-action movie adaptation of Mortal Kombat, the hilariously awful Mortal Kombat: Annihilation.  Since then we’ve continued to get games, including the recent, incredible, entries from Netherrealm Studios and a fantastic animated adaptation with Scorpion’s Revenge. Now we have the new live-action, R-rated movie from Warner Bros, which is in theaters and on HBO Max, which nails a lot of what fans love about the franchise but also does some strange and possibly questionable things with the lore and characters.

One of those strange decisions right off the bat is focusing on a non-MK character as the lead.  Lewis Tan has been great in tons of stuff like Iron Fist and Into the Badlands but his Cole Young is kind of a boring blank slate and even the twist later on about his lineage doesn’t really make him any more interesting.  He was born with a mysterious dragon birthmark and he is approached by Jackson Briggs (Mehcad Brooks) because of it.  It turns out that there are fighters around the Earth with that mark and the mark means they have been chosen as a champion for Earthrealm in Mortal Kombat against Outworld, who are on the brink of conquering Earth if they win the next Mortal Kombat tournament.  The evil Shang Tsung (Chin Han) decides to play dirty and sends his champions to Earth to kill the Earthrealm fighters before the tournament even begins.  Cole, Jax, along with Sonya Blade (Jessica McNamee) and mercenary Kano (Josh Lawson) find sanctuary at Raiden’s Temple, where they are protected by Lord Raiden’s (Tadanobu Asano) magic and train with Liu Kang (Ludi Lin) and Kung Lao (Max Huang) to be able to fight Outworld.  There’s quite a bit of lore detail that is unique to this movie and not all of it works.  The dragon mark starts out as a cool idea but they introduce the bizarre detail that whoever kills the person with the mark gets the mark themselves, which seems to leave it wide open for assholes like Kano to be Earth’s last hope (which probably explains why Earthrealm has lost the last 9 tournaments).  The mark also allows the bearer to unearth their “arcana” or inner magic to allow the special moves of the games, like lasers, fireballs, and teleportation, but the process to get it is super vague and seemingly random.  The lack of an actual tournament isn’t actually that big of a deal and there’s still plenty of fights to be had.  Across the board, the action is definitely the reason to see Mortal Kombat, especially anything involving Scorpion (Hiroyuki Sanada) and Sub-Zero (Joe Taslim).  Their opening and closing fights are the highlights of the film and it’s a shame that they are not the focus of the movie or at least a much larger part.  Sub-Zero is around to threaten the heroes but he’s never as interesting as when he’s interacting with Scorpion/Hanzo Hashashi.  The movie also totally nails the over-the-top violence that fans have come to know and love from the series.  There are some fantastic fatalities on display in Mortal Kombat, some right out of the games and others that definitely feel in the spirit of the games.  The movie also goofily drops in fanservice with classic lines like “Fatality” and “Flawless Victory” and the look of the characters and the environments they fight feel totally authentic and accurate to the games.

Acting-wise, no one is particularly terrible but most of them, with the exception of Hiroyuki Sanada, really rise above serviceable.  Sanada gives Scorpion so much pathos and drama, especially in the movie’s incredible opening sequence, that it feels like it’s from a different movie.  Josh Lawson seems to be having a blast as the foul-mouthed asshole Kano and delivers a lot of the movie’s humor and laughs.  Tadanobu Asano is probably the weakest member of the cast for me, he seems to be struggling with the dialogue and he lacks the highly enjoyable winking mischief that Christopher Lambert and even James Remar brought to Raiden in the previous movies.   Chin Han does a great insufferably arrogant Shang Tsung and Joe Taslim is thoroughly intimidating as Sub-Zero.  A lot of the other villains definitely get short shrift and they don’t really get to make much of an impression before they are thrown into fights with the heroes.  Goro especially seems a bit wasted as he doesn’t get any dialogue and is seemingly thrown into a fight against Cole at random despite his importance to Outworld’s hierarchy, which is never explained.  The lack of character building in Mortal Kombat seems to be of a piece with a lot of the movie’s philosophy where they feel like most people watching the movie will be fans of the game and their knowledge will fill in gaps of plot or character.  I can’t imagine being a non-MK fan and not really knowing anything about the world and trying to follow the plot or characters.

The new Mortal Kombat is overall pretty fun and definitely has a ton of stuff that fans of the franchise will appreciate but it also does some bizarre things that are unique to it that don’t all work, especially its main character and some of the plot machinations.  It definitely delivers on the action and over-the-top violence and it’s well worth checking out for any of the fans of the series and I would definitely be interested in more if we get the sequel (or sequels) that are teased in this one.