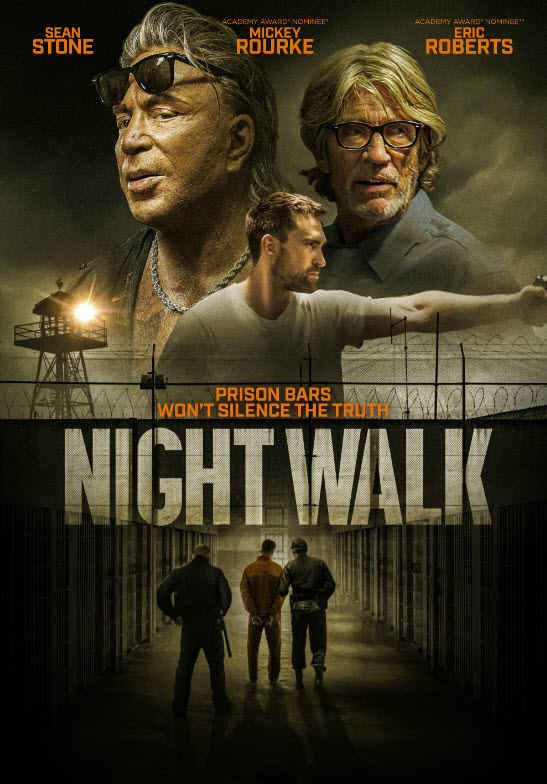 Sean Stone, son of the legendary director Oliver Stone, stars in the upcoming action thriller Night Walk, where he seeks justice against Eric Roberts.  Stone plays Frank, whose girlfriend is murdered while the couple is visiting the Middle East.  Frank is wrongfully imprisoned for the crime by a corrupt judge (Roberts) and ends up in prison where he meets a mysterious and dangerous inmate, Gary, played by Mickey Rourke.  When his friend who is investigating for Frank on the outside is also killed, Frank has to decide if he’s willing to do whatever it takes to get out of jail and get justice.  Mickey Rourke looks like he’s in prime Rourke mode, constantly wearing sunglasses and open shirts and Roberts is usually always a solid, slimy villain.  The movie was directed by Aziz Tazi and won Best Screenplay and Best Actor for Rourke at the Prague Independent Film Festival back in 2019.  The movie is out on DVD and digital platforms on June 15th and you can check out the trailer below.

To Your Last Death Brings Animated Horror in March (Trailer)