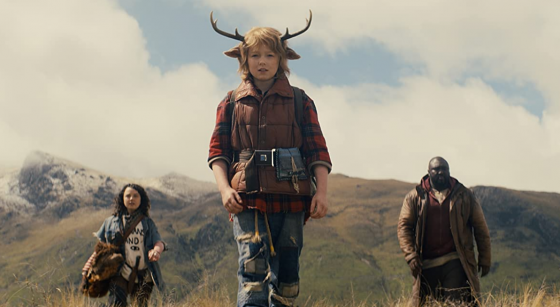 One of the most critically acclaimed and beloved titles from DC’s former Vertigo imprint of comics, Jeff Lemire’s Sweet Tooth is coming to Netflix in June. Executive produced by Susan Downey and Robert Downey Jr, the show follows the same premise as the comic as a young boy/deer hybrid Gus aka Sweet Tooth (Christian Convery) tries to make his way through a post-apocalyptic world that was ravaged by a deadly plague.  Animal/human hybrid children started appearing at the same time the plague started, but no one is sure if the plague caused the hybrids or the hybrids caused the plague.  Will Forte, Nonso Anozie, Seth Flynn, Dania Ramirez, Adeel Akhtar, Stefania LaVie Owen, Neil Sandilands, and Naledi Murray co-star and James Brolin narrates the series.  Jim Mickle, who directed horror movies like Stake Land and We Are What We Are, is the creator and executive producer along with the Downeys.  The show drops on June 4th and you can check out the trailer below.