May 4th is coming fast and it will be Star Wars Day soon! If you already watched the films, shows, but haven’t explored the Star Wars‘ extended comic universe, then this is the time to start. I am a fan of the expansive universe of the Star Wars stories. They often followed darker themes as well as showcased some of the sillier aspects of the lore. The comics had some freedom to explore familiar characters with new perspectives. Some series even rewrote the history. With the new recent canonical order established, all of these non-canonical Star Wars comics are now “Legends”. One of the best places to view these legend stories is on Comixology, where there is a big Star Wars sale going on from April 26th to May 6th. I looked at what they are offering and offer up my top four stories that you should read today. 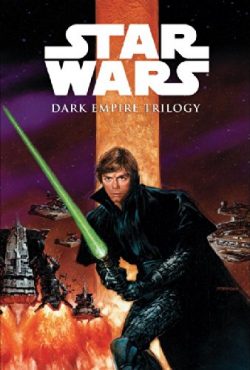 Taking place six years after the Battle of Endor, a reborn Empire force appears. With gigantic superweapons known as World Devastators, the Empire is quickly laying waste to planets across the galaxy. The Rebel Alliance is on the defensive against the Empire’s grows stronger with a mysterious leader. Even more troubling is Luke Skywalker’s descent into the Dark Side. As new evils emerge, a new Jedi order will arise to take on the Dark Empire. Link to comic here. 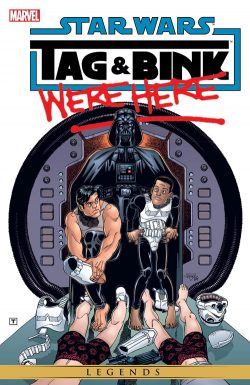 Tag Greenley and Bink Otauna are two unknown soldiers that happen to be the greatest heroes in the galaxy. Taking part in the Galactic Civil War to the fall of the Empire, Tag and Bink were indirectly responsible for most of the major events in the Star Wars lore. Their adventure across space has them crossing the paths of Dark Vader, Leia, Lando Calrissian, and more as their bumbling actions affect everyone. Link to comic here. 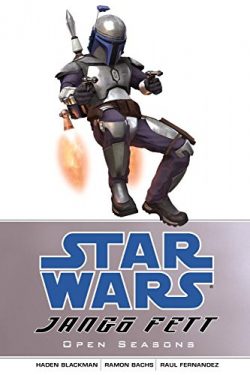 Taken in by the Mandalorians and raised to be one of their own, Jango Fett was one of the feared bounty hunters the galaxy has ever known. Starting from his simple beginnings on a farm to wearing Mandalorian armor into battle, his rise to acclaim was no easy task. His battle for survival and deadly hunts will gain the attention of Count Dooku and Darth Sidious, making him the perfect candidate for their secret project.  Link to comic here. 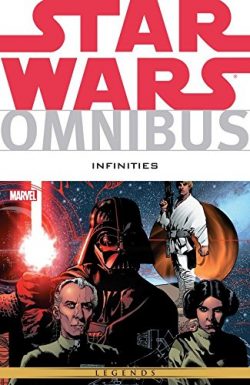 What would have happened if Luke missed his shot at the Death Star? What if Yoda passed away before training a new Jedi? Star Wars: Infinities retold New Hope, Empire Strikes Back, and Return of the Jedi with different changes to the story. A few characters remain the same, but many others have new reactions to the story. It was more twist and turns, and open endings that leave the reader a bit curious to see where those alternate story plots would go. Link to comic here.

If you want to read all these stories and more, visit Comixology to browser thru a massive selection of great comics. If you don’t have Comixology Unlimited, you can sign up for a free trial to get access to countless titles with their service. Click here to see the Star Wars Legend sale. And if you want to catch up on the newest Star Wars comics, you can visit that special sale here.