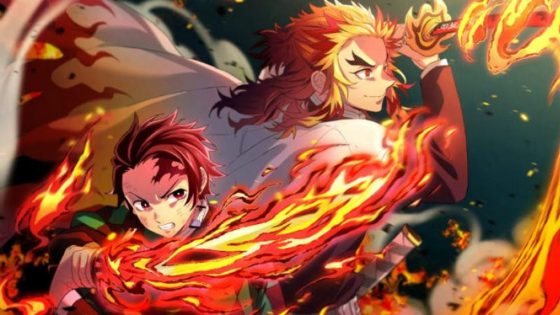 For the first weekend of May, Demon Slayer: Mugen Train took the top spot at the box office away from Mortal Kombat, but both movies saw a huge drop-off.

Demon Slayer took in another $6.4 million, bringing its domestic total to $34.1 million for two weeks out.  Worldwide, the movie has just over $469 million and, since it came out internationally last year, it is the #2 highest-grossing film of 2020, thanks mostly to last year’s release in Japan.

Mortal Kombat dropped to second with another $6.2 million, which is down 73% from last weekend.  There are obviously still capacity limits in many places in the US and people are still getting vaccinated but both Demon Slayer and Mortal Kombat were highly niche, R-rated films, so their drop is still pretty staggering but not surprising.  Mortal Kombat has $34 million domestic so far and just under $67 million worldwide, plus whatever metrics WB is analyzing for its HBO Max release.

Godzilla vs Kong remained in third place with another $2.8 million, bringing its domestic total to $90.4 million and its worldwide total to $415.6 million, putting it at #3 for the year worldwide as far as grosses.  It will never unseat the top two worldwide movies of the year so far, both are Chinese films that have just shy of $700 million in grosses for #2 (Detective Chinatown 3) and over $800 million for #1 (Hi, Mom).

New release Separation opened in fourth place with $1.8 million.  The movie got brutalized by critics, getting a 9% on Rotten Tomatoes.  It’s around half as much as The Unholy, which is currently in seventh place on the charts, made in its opening weekend five weeks ago.  Raya and The Last Dragon rounded out the top 5 with another $1.4 million, bringing it to $41.6 million domestic and $103.6 million worldwide and it’s the only movie of the top 5 to exceed the predictions going into the weekend.

Further down the list, the re-release of Scott Pilgrim took in $729,930 from 152 theaters and took 8th place on the charts. It was also the Per Theater winner with $4,802 in each of those 152 theaters for the weekend.