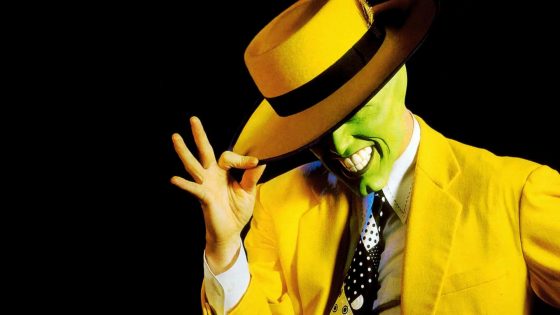 No actor has arguably had a more massive year than Jim Carrey did in 1994.  Dumb and Dumber, Ace Ventura, and The Mask all came out that year and launched him into the stratosphere of comedic superstardom and you can watch The Mask for the latest Everything Action Theater.  Based on the insanely violent Dark Horse Comics title of the same name, Jim Carrey played Stanely Ipkiss, a lovable loser who works at a bank and lives in a crappy apartment with his faithful pup Milo.  When he discovers a magical mask that transforms him into an insane, green-faced alter ego that puts him on the bad side of both the local criminal gang and the cops but also potentially closer to the gorgeous Tina Carlyle (Cameron Diaz in her cinematic debut) and lets him be the life of the party and get revenge on some of the people that put him down.  The Mask was the biggest of the three Carrey movies released in 1994, coming in at #5 worldwide behind The Lion King, Forrest Gump, True Lies, and The Flintstones with $351.6 million, and it also tons of tie-in merchandise, including toys, games and a cartoon series.  Director Charles Russell was coming off horror hits like Dream Warriors and the remake of The Blob and after The Mask, directed The Scorpion King and Eraser.  You can watch the entire movie below thanks to YouTube.

Everything Action Theater: Aladdin: The Series