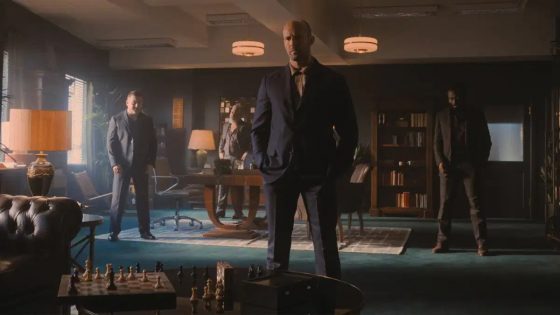 Jason Statham topped the box office for what would have normally been the first weekend of huge summer blockbusters, usually from the MCU.

Wrath of Man took in $8.3 million over this past weekend, which is pretty far below recent Statham efforts like Hobbs & Shaw and The Meg but it is in the ballpark of a lot of his other movies, sitting between The Transporter and Safe as far as the opening weekend, with those movies obviously not having the unique circumstances we have right now.  It was Guy Ritchie’s lowest wide opening but it wasn’t too far off from The Gentlemen, which was one of the few movies last year that got a fairly normal release before things shut down.  Worldwide, Wrath of Man has $16.5 million.

Demon Slayer The Movie dropped to second place with another $3 million, bringing it to $39.6 million domestic.  With its $474.6 million worldwide gross, it is officially the highest-grossing anime film of all time.

Mortal Kombat saw another steep drop in its third week, falling 61% from last week’s already steep drop and only pulling in another $2.4 million.  It has $37.9 million domestic and just under $73 million worldwide.  As far as video game movies go worldwide, Mortal Kombat is currently the 29th highest-grossing movie in the genre between Hitman: Agent 47 and Doom.

Godzilla vs Kong and Raya and The Last Dragon rounded out the top 5.

Further down the list, Here Today opened in seventh place with just over $1 million in 1,200 theaters.  It’s one of the lowest acting and directing openings for Billy Crystal.