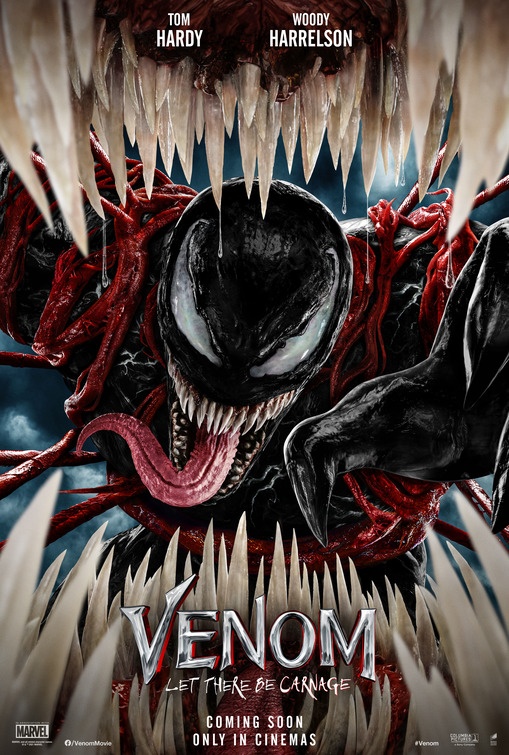 Originally supposed to be out last October, Venom: Let There Be Carnage arrives this coming September with Tom Hardy back as Eddie Brock/Venom.  As set up in the credits of Venom, Woody Harrelson is the new villain, portraying the homicidally insane Cletus Kassidy, who gains his own symbiote in Carnage and wrecks havoc across San Fransisco.  Naomie Harris also co-stars as Shriek, strengthening the movie’s ties back to Maximum Carnage, albeit without any appearance from Spider-Man.  Michelle Williams and Reid Scott are back from the first film and Stephen Graham joins the cast as a detective trying to find the remains of Kassidy’s victims.  It looks like the same mix of goofiness and cool Venom stuff and hopefully Tom Hardy is still 1000% committed like he was in the first movie.  Andy Serkis steps out of his usual mo-cap suit and is directing Let There Be Carnage and the movie arrives on September 24th.  Check out the trailer below.