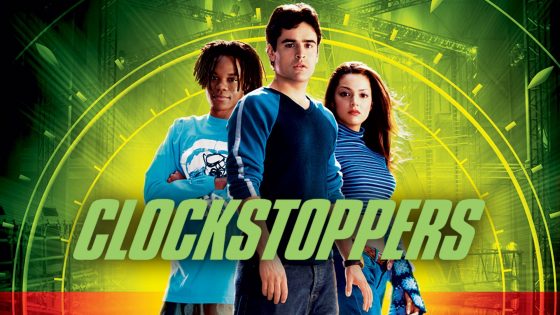 After exploding in 1999 with their album Astro Lounge and songs like “All-Star” and “Then The Morning Comes”, Smash Mouth rolled into the new millennium with their third album in 2001, the self-titled Smash Mouth, which featured the song “Holiday in My Head” that was featured in the 2002 Nickelodeon movie, Clockstoppers.  Directed by William Riker himself, Jonathan Frakes, Clockstoppers was a sci-fi adventure from Nick where Jesse Bradford discovers a watch that can stop time, or actually, allows the wearer of the watch to move so fast that time appears to be standing still.  Evil CEO Michael Biehn wants the watch for nefarious purposes and family-friendly action ensues.  The “Holiday in My Mind” video features Smash Mouth and Jesse Bradford, along with co-star Paula Garces, as the movie’s stars mess with the watch and, in turn, Smash Mouth, and the band eventually appears in other locations and scenes from the movie as well.  “Holiday in My Head” was also featured in the trailer for Madagascar later on in 2005.  You can check out the music video for “Holiday in My Head” below.