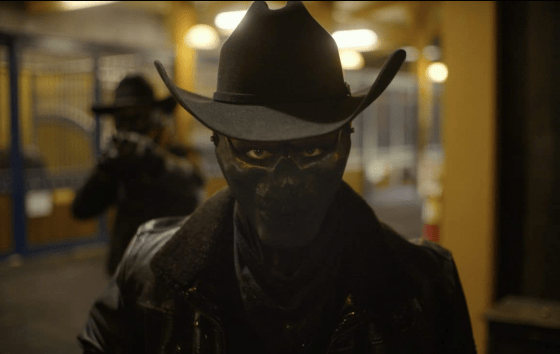 The Purge franchise reaches its conclusion this coming July with the final film, The Forever Purge.  Taking place after Election Year, the trailer is a bit vague about the state of President Roan’s ending of The Purge but there still seems to be a Purge happening in a small Texas town.  Following the end of The Purge, the locals try to get back to business as usual but a group of merciless outlaws begins to attack and claims that they are going to keep The Purge going forever.  Ana de la Reguera, Will Patton, Josh Lucas, Cassidy Freeman, Tenoch Huerta, and Leven Ramblin co-star with Everardo Gout directing.  Series creator James DeMonaco wrote the script and hopefully, it will wrap up what has become a pretty awesome horror/action franchise on a high note.  It looks like the over-the-top kills and crazy characters we’ve come to expect are intact at least and we can probably expect some of the social commentary the series has become known for as well.  The movie is out on July 2nd and you can check out the trailer below.

Matt Damon Hunts the Truth in France in Stillwater (Trailer)