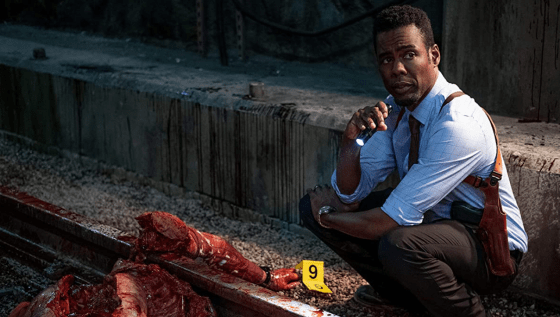 Spiral: From the Book of Saw took the top spot at the box office and managed to fend off all comers, including the other new releases that all pretty much bombed, even by pandemic standards.

Spiral took in $8.7 million for the weekend, which is the lowest opening ever for the Saw franchise and less than half of what Jigsaw opened to a few years ago but none of the other Saw films had to deal with reduce capacity theaters and limited showings.  It is low compared to other recent pandemic R-rated releases like Mortal Kombat and Demon Slayer however and if it drops off like those movies dropped off, it might not be good for the latest Saw movie.  The movie did get a B- Cinemascore, which pretty standard for the series and seems to indicate the Saw fans who came out liked it as much as the other entries in the franchise.

Wrath of Man dropped to second place with $3.7 million, down around 55% from last weekend’s opening.  The movie has $14.5 million domestic and $45.4 million worldwide.

Those Who Wish Me Dead debuted to third place with $2.8 million and only $4 internationally for $7.2 million worldwide.  It was an HBO Max/theatrical hybrid but most of the movies released that way have had much better theatrical debuts.  The Little Things and Judas and The Black Messiah played on fewer screens early in the year when things were still pretty rough pandemic-wise and The Little Things opened higher and Judas and The Black Messiah was just under what The Little Things made.  It’s not clear how many people viewed the movie on HBO Max but given that it wasn’t a gigantic, flashy blockbuster like Godzilla vs Kong or Mortal Kombat, more people may have decided to just stay home and watch it and not make the trek to theaters.

Demon Slayer and Raya and The Last Dragon rounded out the top 5.

Further down the list, Finding You opened to eighth place with $916,322 in 1,312 theaters while Profile opened in ninth place with $730,290 in 2,033 theater.  Netflix’s Army of the Dead played in select theaters over the weekend and will continue to play until this coming Friday when it debuts on Netflix and while Netflix never releases numbers for the rare original movies it puts into theaters, estimates are that it may have made around $800,000.

The Per Theater average went to La piscine, a French drama from 1969 that played in 1 theater as a revival and made $3,867 there for the weekend.