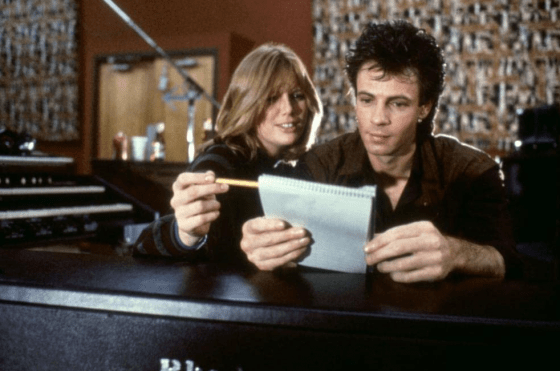 1984’s Hard to Hold, starring Rick Springfield, is one of those movies where the soundtrack is more well-remembered than the actual film itself.  Springfield stars as rock star James “Jamie” Roberts, who falls in love with a child psychologist who has zero interest in rock music and has never heard of Roberts and he works to win her affections.  Springfield wrote and performed almost all the songs on the movie’s soundtrack, which was released as his seventh album alongside the movie.  “Love Somebody” was the first single off the album and was a massive hit, reaching #5 on the Billboard Hot 100 and ending the year at #62.  Other songs like “Don’t Walk Away” and “Bop Till You Drop” were also hits, but “Love Somebody” was definitely the standout chart-wise.  For the music video of “Love Somebody”, Springfield went meta, as the video takes place in the editing room for Hard to Hold but while working on the movie, Springfield starts to daydream that he’s in another movie which feels like an homage to King Kong.  Check it out below.