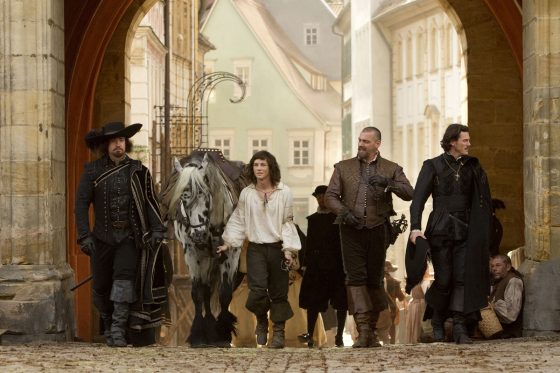 Paul WS Anderson is probably best known for his video game adaptations like Resident Evil, Mortal Kombat, and the recent Monster Hunter movie but in 2011 he put a steampunk spin on Alexandre Dumas’ classic novel The Three Musketeers.  Featuring an all-star cast, including Milla Jovovich, Luke Evans, Orlando Bloom, Ray Stevenson, Christoph Waltz, Mads Mikkelsen, Matthew Macfadyen, and Logan Lerman, the movie follows a lot of the beats of the novel but throws in giant floating warships, steampunk spy tech and stylized slo-mo action that was meant to capitalize on 3D as studios were still trying to chase the Avatar dragon two years later to diminishing returns.  The movie wasn’t well received and did OK but not great at the box office but 10 years removed, it’s a fun romp with a great cast (James Corden aside), cool action sequences and sword fights with the steampunk gadgetry, and an overall fun tone with lots of quips and banter.  You can check out the whole movie below thanks to YouTube.