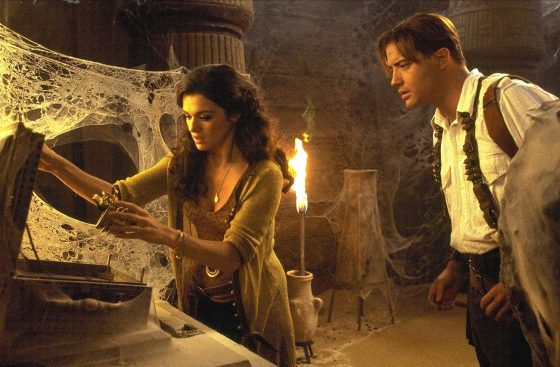 Most people know “I Stand Alone” by Godsmack from The Scorpion King but the movie that introduced the Scorpion King, The Mummy Returns, also had a soundtrack song that seems to have been somewhat forgotten, “Forever May Not Be Long Enough” by Live.  Best known for their second album, Throwing Copper in 1994, which had singles like “I Alone” and “Lightning Crashes” on it, “Forever May Not Be Long Enough” was first included on The Mummy Returns soundtrack and plays over the end credits of the movie.  The song was included in a slightly different version on the band’s fifth album, V, which came out a week after 9/11 with another single from that album, “Overcome”, become heavily played in the wake of the attacks due to its symbolic and melancholic relevance.  Since “Forever May Not Be Long Enough” was out months before those horrific events, the video for the song is slightly more fun as it features the band performing in front of an ancient Egyptian site while clips from the movie are interspersed.  Check it out below.

Everything Action Commentary: The Mummy Returns