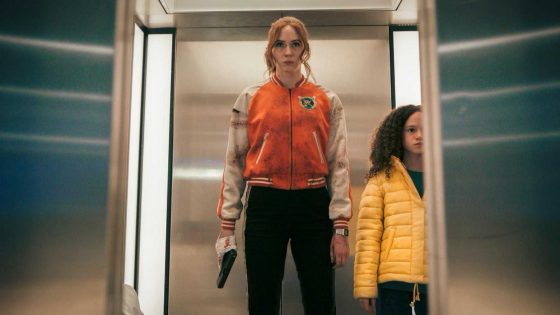 John Wick has created a new slew of stylish action and the upcoming Gunpowder Milkshake looks like it could be near the top of that group.  Karen Gillan stars as Sam, whose mother Scarlet (Lena Headey) was one of the greatest assassins ever working for The Firm.  Scarlet was forced to abandon Sam at age 12 and Sam was raised by The Firm into an equally formidable assassin.  On her latest job, Sam goes against The Firm’s orders and protects a young girl named Emily (Chloe Coleman), which makes her a target of the organization she used to work for.  Sam reunites with her mom and also a trio of lethal ladies known as The Librarians (Carla Gugino, Michelle Yeoh, and Angela Bassett) to take down the army of assassins after her.  Paul Giamatti co-stars as the head of The Firm.  There are definitely tons of John Wick in here, from the stylish, neon-lit action to the quirky underworld elements but it also looks completely badass.  The movie will debut on Netflix on July 14th and in theaters internationally on July 21st and you can check out the trailer below.