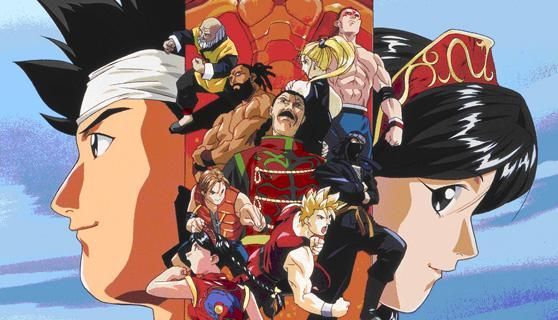 With Virtua Fighter 5: Ultimate Showdown arriving this week on PS4 (and PS5), it seems like the perfect time to highlight the anime series for the franchise that came out in 1995.  Airing in Japan on Tokyo TV from October 1995 to June 1996, the series lasted 35 episodes and was loosely based on the story of the first two games as Akira Yuki travels the globe to try and find eight stars of heaven, that are only visible to someone who has mastered both physical and mental strength.  Along the way on his quest, Akira learns that fellow fighter Sarah Bryant was kidnapped by an evil scientist who wants to use her to create a robot martial artist that is the perfect soldier.  Akira teamed up with characters like Pai Chan, Jacky, Bryant and more to save Sarah and try to complete his personal quest.  The show was dubbed for the US by the company Anime Works but due to falling sales, they only finished 24 of the 35 episodes.  All the original episodes are streaming on RetroCrush and the TMS YouTube channel has all 24 of the dubbed episodes and you can check out episode 1 below.