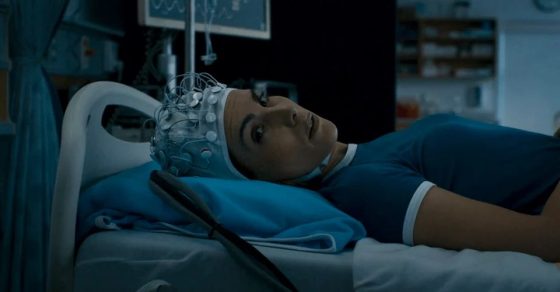 Although he’s been experimenting with short-form videos under his Oats Studios channel on YouTube, South African director Neill Blomkamp hasn’t made a feature film since 2015’s Chappie.  He’ll be back on the big screen in August with Demonic.  Carly Pope stars as a woman who seems to be involved in some sort of experiment or radical treatment where she enters an alternate rotoscoped universe to confront events that happened a decade ago between herself and her mother (Nathalie Boltt).  Some sort of horrific demonic force is unleashed due to this procedure and it seems like it requires some sort of exorcism to resolve.  Honestly, there’s not a lot of plot details revealed here but it does look like it will have some horrific stuff happening and it seems like a pretty major departure from the more sci-fi-orientated stuff that Blomkamp has done previously.  Demonic is out on August 20th and you can check out the trailer below.