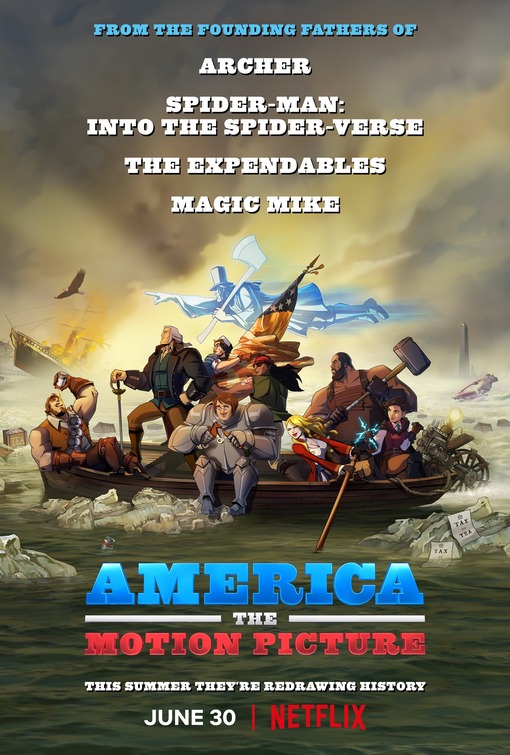 Netflix is revealing the “true” story of the American Revolution and the founding of the country with help from Channing Tatum and some of the team behind stuff like Archer, Into the Spider-Verse and The Expendables with America: The Motion Picture.  Tatum voices George Washington in the new animated comedy, who forms a superteam of heroes including Sam Adams (Jason Mantzoukas), Paul Revere (Bobby Moynihan), Thomas Edison (Olivia Munn), Blacksmith (Killer Mike), Geronimo (Raoul Max Trujillo), Martha Dandridge (Judy Greer) and Clara Barton (Megan Leahy) to take down the British, led by King James (Simon Pegg).  Amber Nash, Andy Samberg, Will Forte, Lucky Yates and Kevin Gillese co-star.  The movie looks utterly ridiculous in the best way possible, with all kinds of ridiculous anachronisms and an over-the-top and vulgar sense of humor.  The movie is out on June 30th, just in time for the long Fourth of July weekend, on Netflix and you can check out the trailer below.

Up to Speed: Archer Season 11